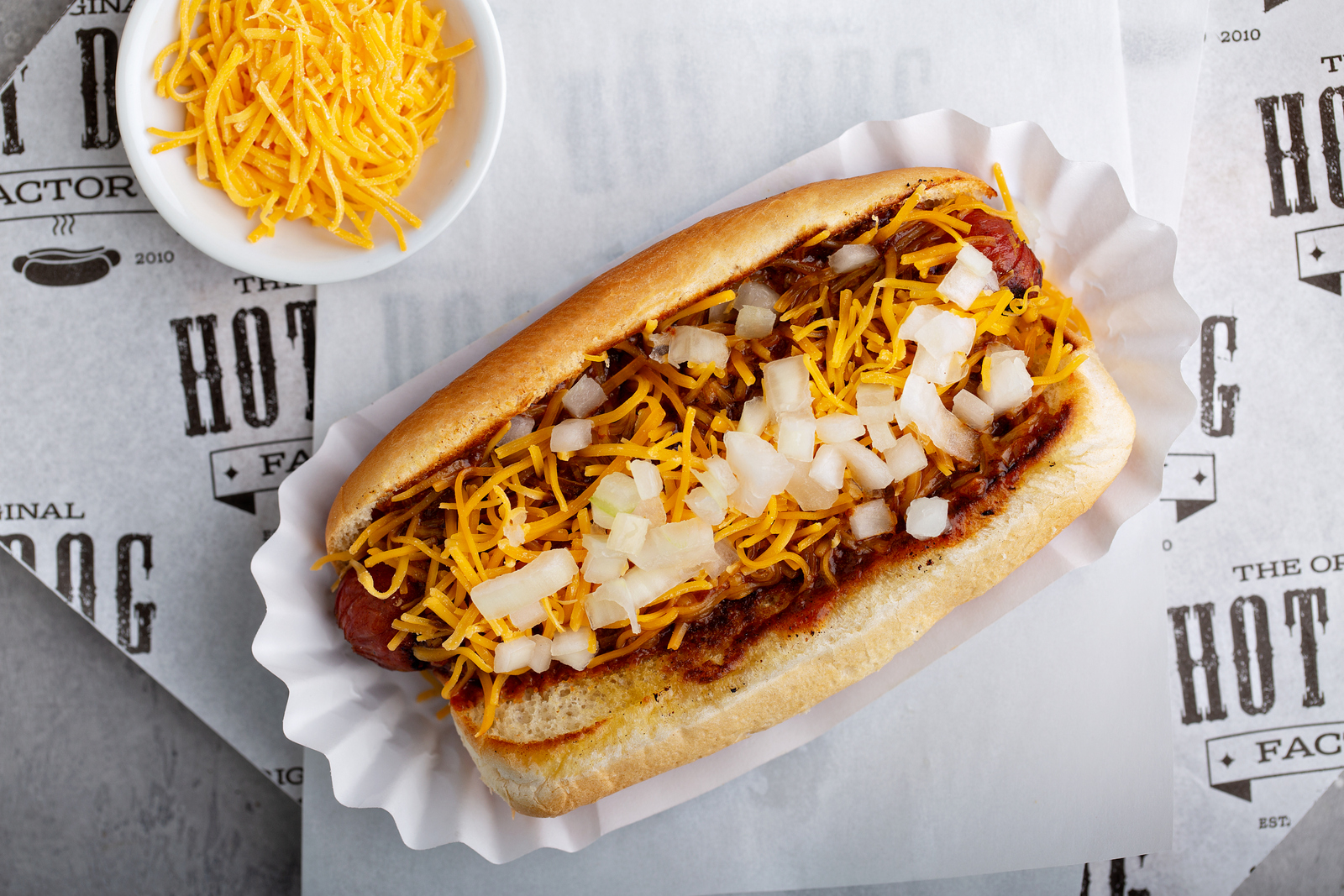 The Original Hot Dog Factory — with a menu of themed, gourmet hot dogs from a classic New York hot dog to the Texas Rodeo hot dog wrapped in bacon and topped with chili — announced a franchising expansion this summer.

With an original franchising announcement in 2019, the four-unit, Atlanta-based chain is opening 15 new franchised locations over the next few months, with another 26 in development. In a self-funded move, The Original Hot Dog Factory will be expanding to all-new markets this summer in Houston, Detroit, Charlotte, New York City, Atlanta, and Birmingham, Ala.

Originally opened in 2010 in Atlanta, the company was rebranded and poised for national expansion in 2015.

“With economy cranking back up, we are seeking experienced single or multi-unit franchisees to acquire and develop locations in shopping areas, colleges, and more,” McKinley said in a statement.

Despite the challenges of the pandemic, principle owner Dennis McKinley believes that the pandemic amplified their pickup and delivery-friendly core menu items, including hamburgers, chicken sandwiches, salads, fries, and shakes, in addition to hot dogs. He also believes the atmosphere of the pandemic created less competition for franchisees, so that they naturally received more interest.

In five years, McKinley believes that the company will be expanded to 250 locations nationwide.