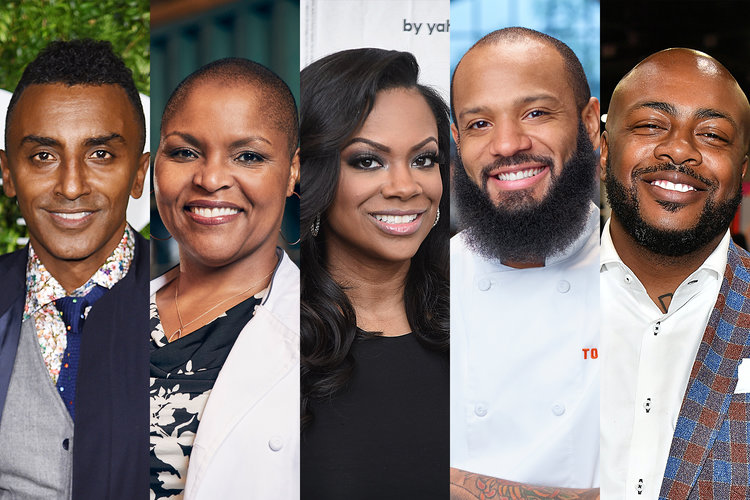 In the wake of George Floyd’s death after a police officer kneeled on his neck when he was arrested, citizens around the world have participated in protests, rallies, and vigils to support the Black Lives Matter movement. In addition to signing petitions and donating to a variety of organizations to create change, activists have emphasized the importance of supporting Black-owned businesses, including restaurants, now and forever.

In a time where, due to the coronavirus (COVID-19) pandemic, the restaurant industry is struggling more than ever before, Black-owned restaurants and other small businesses have been even more substantially impacted, according to an in-depth report by NBC News in April.

Bravo’s Top Chef‘s Gregory Gourdet opened up about the importance of continued support of Black-owned businesses during a candid conversation as part of the Instagram Live panel Amplify Our Voices: An Open Dialogue on Being Black in America. “At the end of the day, if we’re able to walk away from this with a spotlight on all of these places that we’ve never heard of and we can continue to support them, this is not a fad, [but instead] this is: we’re reading these books and these books become part of our library; we’re going to these restaurants after they’re reopened and all of these other fine dining restaurants are open as well, but we’re still continuing to support these businesses,” he said. “I think if we’re continuing to be aware of these resources, these Black and POC resources, and it’s not a fad [in that] as soon as the next thing happens we shift focus, then I think it all makes sense.”

He added: “We need to recognize the contributions of Black and POC to this county in the finer details of everyday living. That presence is 100 percent there.”

Now, as many restaurants are re-opening for dine in, take out, or delivery, we’ve rounded up several Black-owned eateries from Bravolebs and cheftestants around the country that are currently open for at least one of those services.