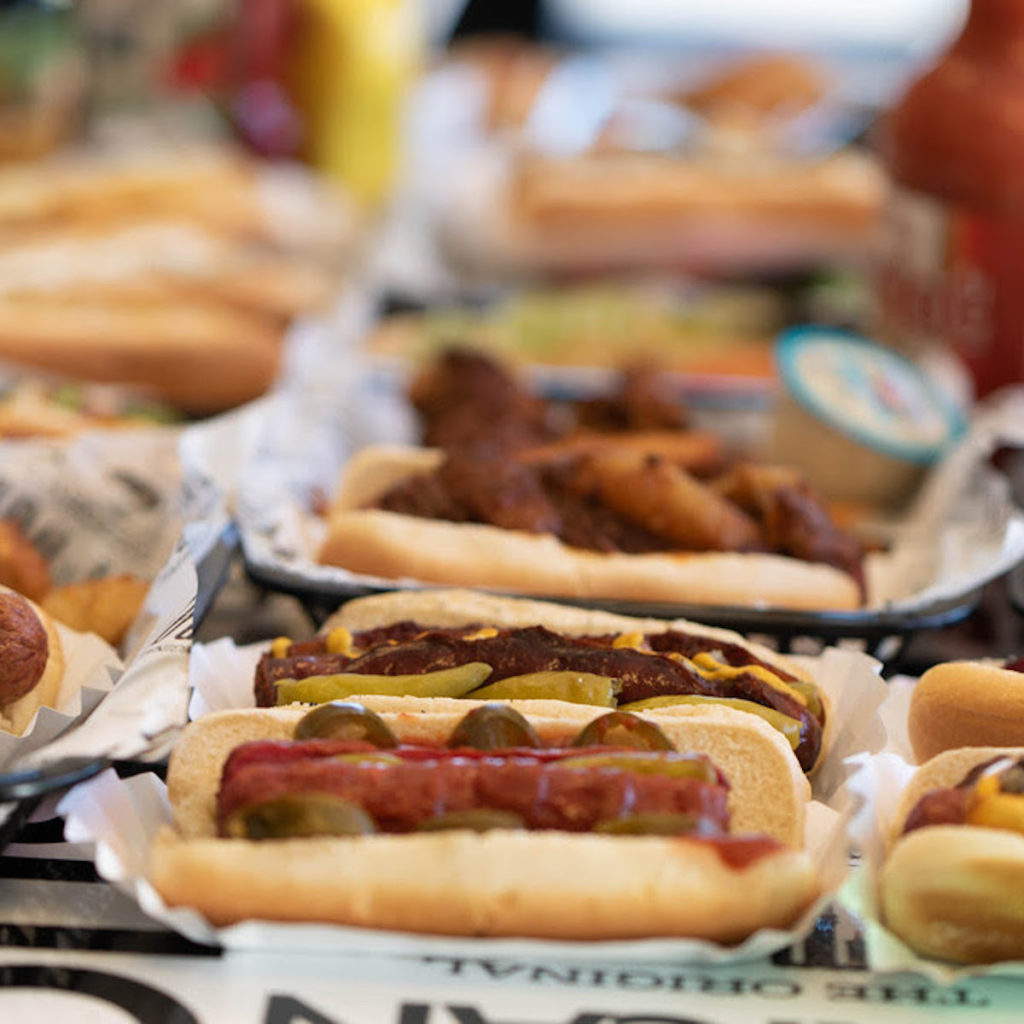 Growing up in Detroit, Dennis McKinley thought everyone ate their hot dogs “Coney Island” style—on a steamed bun and topped with chili sauce, chopped raw onion, and a squiggle of yellow mustard. After graduating from college and starting to travel, he realized that wasn’t the case and was intrigued to see that there were a variety of different hot dog styles, many of which driven by regional differences. This sparked an idea for McKinley. In 2015, he purchased, revamped, and rebranded The Original Hot Dog Factory. The franchise became popular due to McKinley’s appearances on the Bravo reality tv show The Real Housewives of Atlanta. He is engaged to reality star Porsha Williams.

BLACK ENTERPRISE spoke with McKinley about the franchise and the growth it has experienced, despite the challenges of 2020.

BE: Opening a restaurant is never easy, but franchising can be even more difficult.  Did you always know you wanted to franchise?

McKinley: Pretty much. I’ve owned several franchises and I recognize how much easier it is to grow and scale using a franchise system. At my original location in Smyrna, customers kept telling me how far they drove just to get to the restaurant. That’s when I knew it was time to start franchising. I knew I didn’t have the time to build new locations myself.

BE: What makes a good owner for The Original Hot Dog Factory?

McKinley: Let’s be real: a good owner must have some money to invest. But I created a model that doesn’t make the investment so high that it’s unattainable. Money shouldn’t be the only qualification. I’m looking for owners that have a lot of the same perseverance, hustle, and ambition I have. In this economy, you can find money—but you have to be willing to work hard.

The restaurants have a fun theme. What made you decide to go that route?

McKinley:  The Original Hot Dog Factory is all about family. A good portion of our volume comes from to-go

orders. But for those that want to stay and eat in, I wanted to make it feel like home.  So, at each location, we provide family-friendly games such as Uno and Connect Four. And at some stores, we host Spades tournaments on Saturdays.  t provides a sense of community.

Opening 15 new locations in 90 days is quite an accomplishment, especially during theCOVID-19 pandemic. How have you been able to do it?

The launch of these new locations has been in the works for the past year. We built up several partnerships, moved forward, and now they are ready to open. Even with COVID-19, we’ve seen a surge in interest from candidates that were laid off and don’t want to go through that again, even when the economy recovers.  We’ve signed five new partners in the last two months. Our model isn’t actually hurt by COVID because a large percentage of our business relies on take-out.

What are your goals for expansion over the next few years?

McKinley: Our target is to have 100 locations in the next 24 to 36 months. We have 60 units already committed in cities like Detroit, Philadelphia, Charlotte, Raleigh, Houston, Dallas, and Baton Rouge.  We’re excited about opening a location in Brooklyn, which will likely lead to locations in the Bronx and Long Island. We are focusing on multi-unit ownership.

I also want to point out that 100% of our owners are people of color—Black or Brown. I don’t think many franchises can say that. And not only that, at least half are women. We’re very proud of that fact.

What advice do you have for those aspiring entrepreneurs that are “on the fence” about opening a restaurant right now?

McKinley: Deciding to open any business, you have to take action. You can’t be afraid. Put it into action and see if others think it’s a good idea. You can have all the education in the world, but if you don’t take action, none of that matters. I believe that if you can find a franchise brand that you love, go that route. Franchising provides support, systems, brand recognition, and an established customer base. Especially if you’re thinking about restaurants, check into franchises first because they have a heads up on independents.