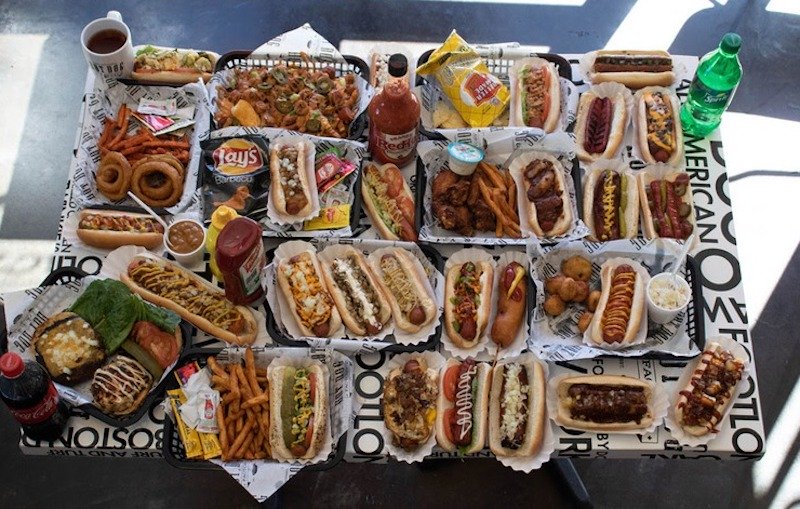 Detroiters will soon be able to take a taste-bud tour of city-specific hot dogs under one roof.

The University of Michigan graduate, who purchased the hot dog shop in Smyrna, Ga., back in 2016, turned the shop into a chain because he wants to give everyone “an opportunity to try a Detroit Coney dog” wherever they live.

The restaurant, established in 2010, offers a wide array of hot dogs and toppings, such as the San Francisco Veggie Dog, Taste of Seattle Dog, California Baby Dog, and of course, the Detroit Coney. The company, which added a location in downtown Atlanta last year, also serves wings, burgers, chicken sandwiches and corn dog nuggets, according to its website.

The company signed its first franchise agreement for metro Detroit last month, with plans to open 10 locations in Michigan by 2021, McKinley said.

The first location, led by McKinley’s hometown friends Todd Grafton and Jason Appling, will be in either Midtown or Southfield.

Appling said he saw it as the perfect opportunity, given the affordability of the venture and the fact that he went to Southfield-Lathrup High School with both McKinley and Grafton.

Previously, Appling worked in cybersecurity for GM but was laid off in February. Grafton currently works for General Motor Co.

The incoming Original Hot Dog Factory restaurants will span about 1,100 square feet apiece, and build-out costs will fall under $100,000, according to McKinley. The franchise has an average unit volume of $400,000.

Hot dog prices start at $3.50 and stretch to $7.99 for a Surf & Turf Dog, which comes with crab meat, lettuce, tomatoes and “Try Me” sauce, according to the company’s website.

The architect on the upcoming restaurant is Atlanta-based Washington Design Group, but the general contractor has not been finalized. The restaurant will employ 10 to 12 people and have the capacity to seat up to 40.

The restaurant will have a classic, black and white design with a “retro feel” and quick service, McKinley said.

The small chain is actively searching for franchisees across the U.S., as it continues to expand at its home base in Georgia with plans to add a third location in Morrow, Ga.